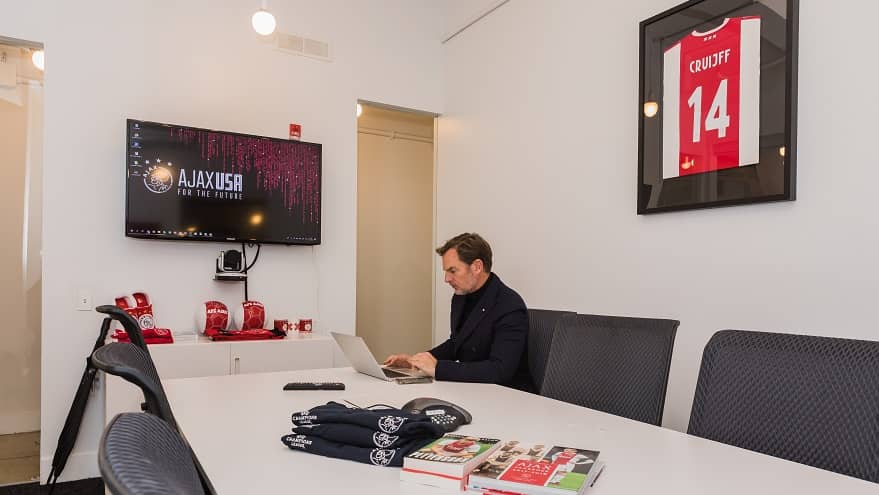 As per Ajax’ official statement which can be read here, the team announced, “Ajax has opened their first office in the United States as of today. Besides the Amsterdam office, the office in New York City will serve as the point from where Ajax will lead their activities in North America. The expansion is a logical and necessary next step following the club’s increasing activities in that area of the world.”

Historically, Ajax is the most successful team in the Netherlands sporting 33 Eredivisie titles (the highest title in the toughest league of the country) as well as 18 KNVB Cups (a tournament held across all the leagues of the Netherlands battling it out for a top spot). So, basically, they’re the Yankees of Dutch soccer, to put it in terms we New Yorkers can understand.

AFC Ajax intends to capitalize on the growing popularity of soccer in the United States, and specifically, the surge of support for Ajax in the North American market. The move was a natural choice, given the historical connection between Amsterdam and New York (also that we’re the most densely populated metropolitan area in the United States), . Menno Geelen, CCO of AFC Ajax said, “This is a hugely interesting step for Ajax. The brand value of our club is growing considerably and we see the US as an important link in the continuation of commercial growth, as well as the growth and development of soccer in general. They are looking to increase their brand partnerships in the U.S. and are excited for all the opportunities the big apple can bring them.”

Now, what better way to cultivate those partnerships, than choosing Nomadworks.  If you wanted a central hub in the heart of Manhattan, our location is just right for you. Our CEO Steven Cohen is “beyond thrilled to see what new oppertunities can rise here in NYC for AFC Ajax. They want to grow their American brand, and we are here to help them anyway we can.”

We are located just minutes from every major train in the city, allowing you to commute to and from fairly quickly. With a plethora of conference rooms and meeting spaces available to our members, you won’t find yourself having to go very far to get all your important business done. Here, you can focus on making sure your business is winning, something Ajax knows a thing or two about.

We look forward to an amazing season and working with everyone from the Ajax team. Hopefully, we’ll be seeing more red and white jerseys populating our busy halls as the season rolls on.