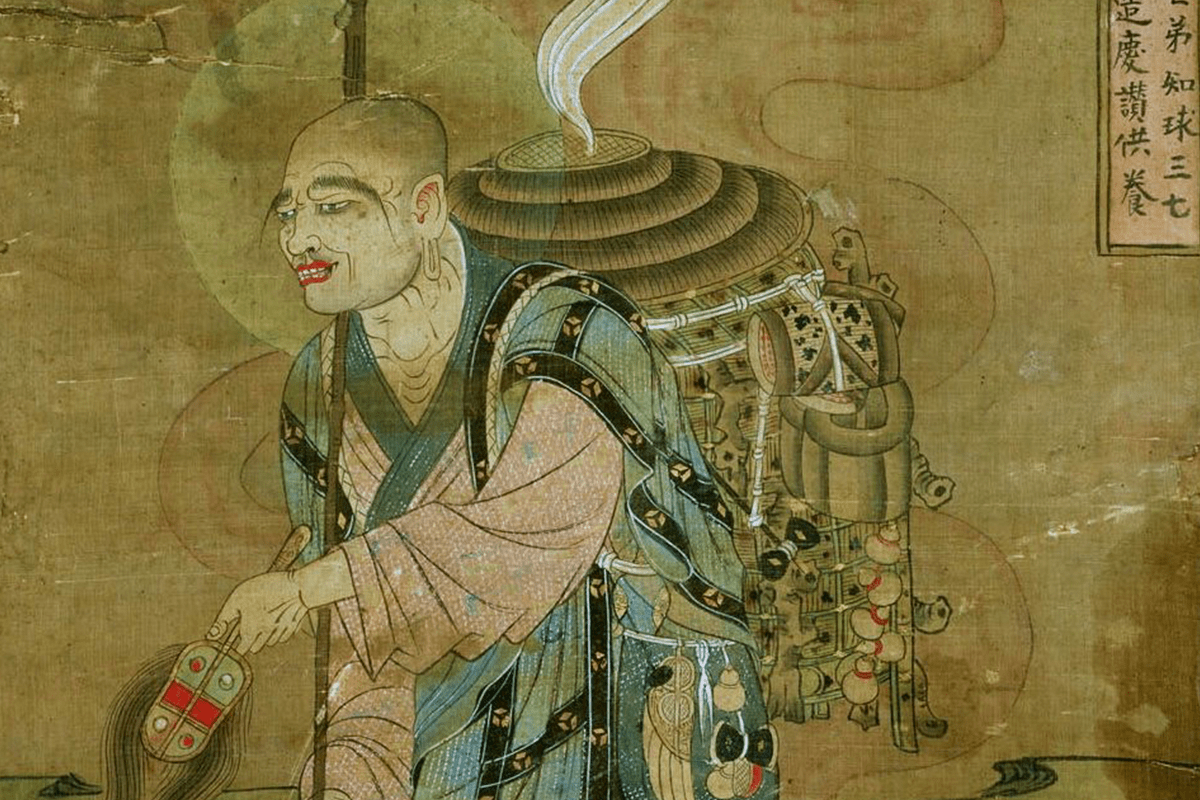 Welcome back nomads, to another edition of Nomadwords: Famous Nomads of History. Today we will be going to the far east, to take a look at the life of Xuanzang.

We all have dreams right? I don’t mean aspirations, I mean actually dreaming when we sleep. Usually, we wake up and laugh off whatever nonsense visited our brains the night before. Well, Xuanzang took his dream pretty damn seriously. He woke up one day and said basically said: “I’m going to walk to India.” No big deal right? Well, at the time he decided to take this trip, Tang China and the Göktürks were at war and the Emperor forbade traveling outside region. Kinda puts a damper on being a nomad, eh? Lucky for old Xuanzang he was able to bribe some of the Buddhist guards at the border and set off. His first challenge was crossing the Gobi Desert. I can tell you from experience, driving through a desert is no fun, I can’t imagine walking is much better.

When he got to the other side he was able to score an audience with the King of Turpan. They bonded over Buddhism and the king equipped our hero Xuanzang with some documentation, and some trinkets to sell if he needed cash on the road. Now if you pictured the Gobi Desert to be hot, you probably won’t like picturing Xuanzang having to cross the Flaming Mountains. His trip through the aptly named mountain range was the inspiration for a little story called Journey to the West one of the most influential pieces of mythic literature ever written. I mean, it inspired Dragon Ball, what else do you need to know?

Life On The Road

Xuanzang’s real life may not have been as fantastical as the myths he inspired, but it was just as interesting. He had to escape a caravan of bandits to get to Karashar, ended up breaking bread with the leader of the Göktürks (who at the time squashed his disagreement with the Emperor of Tang China), passed through the world famous Iron Gate Samarkand where he met a colony of over one thousand Buddhist monks, and attended the funeral of a poisoned prince, who before he died, told him to go to Balkh (modern day Afghanistan). There he picked up his famed travel buddy, Prajnakara, who hooked him up with the Mahāvibhāṣa, which as I’m sure you know, contained vital and ancient Buddhist scripts. Throughout the rest of his journey through China, Xuanzang visited one hundred more monasteries, and met with over six hundred monks!

Finally, Xuanzang had accomplished what he needed to do and set foot into India around 630 AD. If you’re enthralled so far with the story of Xuanzang, then make sure you stay tuned for Part 2 of his journey to India!

We all love learning a little bit of history, but what can the journey of Xuanzang teach us, the modern day professionals about how to live our lives? Well, for starters let’s look at what launched Xuanzang on his journey, a dream. We all have dreams. Whether they’re tangible goals in business or your personal life or abstract fantasies of where you could be in life, we all have dreams. Some of us are lucky enough to achieve those dreams, but sadly, most of us won’t. Now, there could be a myriad of reasons as to why your dream didn’t come true, but if I (or Xuanzang) can leave you with any advice it would be; don’t let “it’s impossible” be the reason you failed. If Xuanzang woke up that morning, shook his head and said to himself “I can never make that journey” he would never have been recorded in the annals of history. Even if it’s difficult, even if the road in front of you looks arduous, dangerous, and untrodden, get on your best pair of shoes and start walking it!

We get one shot at this life, one journey to take. Don’t let yours lead to a dead end. Wake up, follow that dream, and set on the path toward your destiny. You owe it to yourself, nomads.