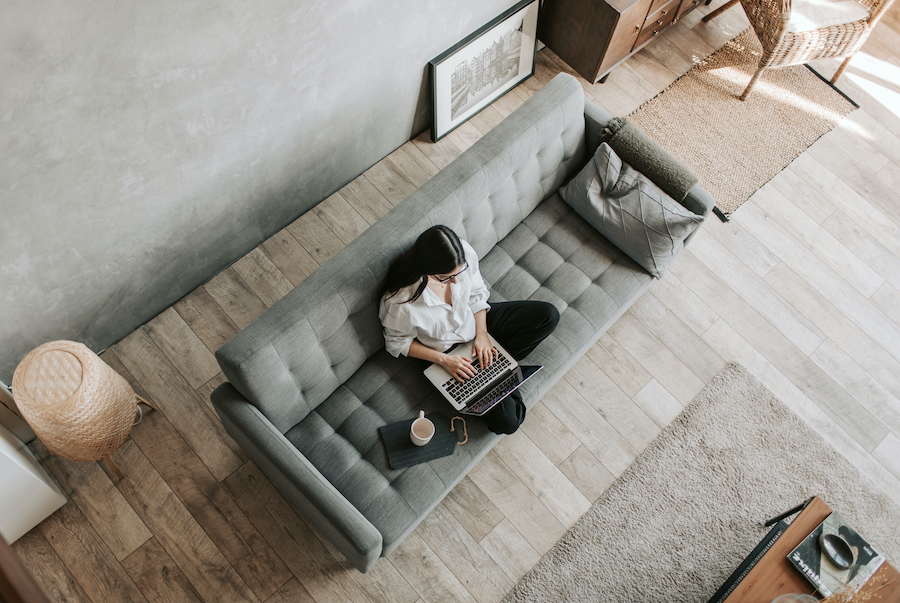 The Threats of Remote Work to Mental Health

Back in February, Time proclaimed that the world is in the midst of the largest work-from-home experiment, mainly due to the pandemic making remote work a necessity. Here in the U.S., though, remote work has been around awhile, with over 7 million already reportedly working remotely pre-pandemic. This is equivalent to roughly 3.4% of the U.S. population. And judging by recent polls, employers will have little to no choice but offer remote working setups, with employees spending 60%-80% of their time working off-site reporting optimal engagement, and another 90% saying that flexible work arrangements have improved morale.

By these metrics alone, it can be easy to say that this large-scale “experiment” is a resounding success. And to a degree, it is. But these glowing numbers don’t capture the entire story, as there is a darker side to remote working that has largely remained understated: it is a threat to mental health. In fact, consulting firm Eagle Hill polled 1,000 remote workers in August, and found that 55% were dealing with burnout, a condition caused by prolonged and frequent bouts with work stress and characterized by immense emotional and mental exhaustion. And in their own survey, The Martec Group found that over 25% of the remote workers they polled fell into what they call the discouraged group — work-from-homers who have grown dissatisfied from work and are becoming mentally taxed.

One reason remote work can be so mentally exhausting is that it increases the likelihood of overworking, whose impact in and of itself is wide-ranging. It can potentially be fatal, too, especially for desk-bound remote workers who spend much of their time sitting in front of their computers. Pain Free Working reports that prolonged sitting (upwards of 9.5 hours daily) is linked to a shorter lifespan, more so for those living a sedentary lifestyle. Granted, this prospect of early death can be mitigated by something as simple as doing everyday tasks, like running errands, cleaning the house, or washing the dishes. The bane of overworking, however, leaves you little to no time to attend to your wellness needs, leaving you at risk of being physically, emotionally, and mentally drained.

In a roundabout way, all this goes back to a previous point elucidated here by Liz Arnone-Holz: There’s a disillusion of comfort that comes with working from home. The culprit? Work bleeding into personal space, no thanks to employers crossing that line of workplace and home life boundaries. The perception that remote work is akin to a mini-vacation doesn’t help either, as it adds undue pressure for remote workers to go above and beyond in performance of their respective jobs. This results in extended work hours, which gradually leads to declining mental health (as already pointed out above).

On top of all that, remote work can cause of feelings of isolation and loneliness — the implications of which can be very serious. Forbes details how loneliness and isolation can be twice as harmful to physical and mental health as obesity. Tellingly, 19% of remote workers report feeling this way, and it is making the work-from-home setup more burdensome than it already is. This can further compromise remote workers’ mental health, which in all likelihood has been strained due to overworking. And with social interactions reduced considerably, there is one less mechanism that helps enhance one’s overall wellbeing (that sense of belonging to a community and having healthy relationships with others).

This, of course, isn’t meant to disparage the entire work-from-home/remote work paradigm. It has, in fact, been a boon for many, and is a viable alternative to office-based work. But it is far from perfect, and is certainly not for everyone — especially for the long term. At the very least, those already working remotely will have to be more mindful of their mental health, lest it deteriorate due to the strains of remote work.