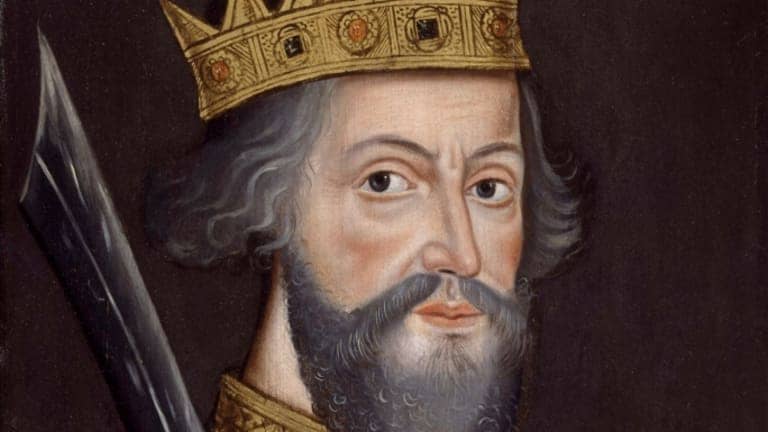 Welcome back to our series: Famous Nomads of History, where we look to figures of the past to learn lessons for today! Our next addition hails from jolly ole England. He went by a few different titles and names (some of which are not very nice), but most know him as William the Conqueror.

You ever set out to do something despite having plenty of people in your way telling you that you can’t? Well, William had this problem from birth. You see, William was born to Robert 1 Duke of Normandy (that’s good) and his mistress Herleva (that’s bad). I will take a leap of faith and assume you all know how succession works, or at least watched enough Game of Thrones to know most of the nobles of Normandy weren’t too keen on listening to William the Bastard (yes they called him that I’m not being mean.) It took William about thirteen years just to get his own territories under control. After all, you can’t go around conquering lands if you can’t even control your home base.

Sometime during the 1050s, he married Matilda of Flanders. Unlike Homer, having Flanders next door to William actually gave him peace of mind. That peace soon turned to war as William decided the country of Maine would look better under his flag. This is pretty much the point where William decided to go for that whole “conqueror” thing.

Just Can’t Wait To Be King

So, the King of England at the time, Edward the Confessor, didn’t leave an heir. He just so happened to be William’s first cousin once removed making William a contender for the throne. Once again, Wiliams background came into play. “No way we’re going to let a bastard be King of England!” and so on. Before Edward dies, he names Harold Godwinson the next in line. See, William had been practicing his coronation speech, so this didn’t really sit well with him. He decided Harold has gotta go. Eventually, William set up shop in Hastings, building himself a castle and just waited for Harold to show up.

Harold probably regretted showing up. William destroyed Harold’s army and shot Harold in the face with an arrow. Williams forces recovered Harold’s body but left the rest of the English to rot in the field. Apparently, Harold’s mom offered William Harold’s corpses weight in gold for her son’s body back. William decided he didn’t care and chucked Harold’s body into the ocean.

You’d think the forces held up at London would just bow out after hearing about this. Nope. They went ahead and tried to crown poor Edgar Ætheling King. William sort of just rolled his eyes and captured Dover, Kent, Canterbury, and Winchester (where the Royal Treasury was) These places were lucky enough to be “Captured” while the rest of the areas William crossed to get to London were burned. Finally, on Christmas day, while surrounding the city, William was crowned King.

What Can We Learn?

The story of William goes on from there of course. Rebellions started, then crushed, then started again, then crushed worse. People really didn’t understand who they were dealing with. Eventually, William had enough conquering and died in 1087 at the age of 59. He left Normandy to one son, and England to another.

You’re getting two business lessons here for the price of one, so buckle up folks. The first we can learn from Williams early life. There are always going to be people who will tell you, “you can’t do that.” These people get their kicks from telling others they are underqualified because deep down, they cannot face their own inadequacies. Imagine William listened when they told him he was a “just a bastard?” Well, this article would probably be about Harold Godwinson, wouldn’t it? It doesn’t matter who you are, or where you’re from, as long as you have the will to succeed. Your past is the past, focus on the future.

Now I’m imagining you did just that and are as successful as you want to be. Problem is, success isn’t all it’s cracked up to be. You’re constantly fighting, constantly scraping, dealing with the next hurdle and the next hurdle with no end in sight. To this, I say, good. Conflict breeds stronger people. Never get complacent, never rest, and always hunger for more. That isn’t to say you can’t stop and appreciate what you’ve built, but you can rest when you’re dead. Just because William conquered England, didn’t mean his problems went away.

People will always want to take a piece of the champ, it’s your job to stay sharp, and stay one step ahead. That’s how you stay a conqueror, not the conquered.

That’s all for this installment of Famous Nomads of History! Till next time, Nomads!